Designed around 1775 (after open hostilities began between Great Britain and The Colonies), The Grand Union Flag was a merging of 13 red and white stripes (representing The Colonies) with the British Union Jack. Many Colonist's saw no harm in maintaining their British “heritage” with regards to their proposed independence. The British Union Jack (prior to 1801) – did not include the St. Patrick Cross (for Ireland). The self styled “Continental Colors” saw battlefield service (much to the disdain of many British Officers). It's first official “raising” was on New Years Day, 1776 (by General George Washington). The Flag Act (1777), issued by the US Congress, adopted the Ross Flag to replace The Grand Union Flag. It was felt that the “union” symbolism of Great Britain was to be avoided. The Grand Union Flag was also the “unofficial” flag of The United States Marine Corps. - for a brief period. 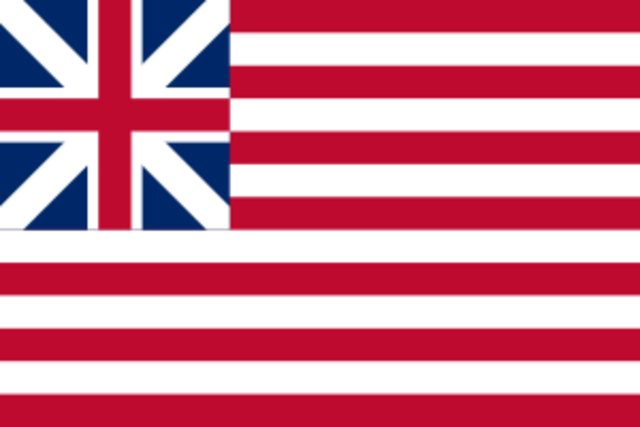