US Grummann AF ''Guardian'' AS Fighter

The Grumman AF ''Guardian'' was an Anti-Submarine Fighter Plane, which had it's design roots laid late in World War II. A large Aircraft, it was soon determined to be ''too big'' for Carrier-based Service. As such, they were used as Land Based Fighters. Over 300 Models were produced and deployed in 1950.

Deployed to The Korean War of (1950-1953), The ''Guardian'' suffered from control issues and had an unusually high accident rate. As such, The US Navy began to replace them with the Plane being removed from service just prior to the end of The War. Despite these flaws, (5) ''Guardians'' would be deployed to The California Air National Guard. By the early 1970s, these were given to The US Forest Service for use as Firefighting Aircraft. By 1978, all had been retired. Several are Museum pieces.

In their Wartime configuration, The ''Guardian'' crewed (3). They were 43-feet long with a wingspan of 60-feet. They were powered by (1) Pratt and Whitney Radial Engine, capable of 2,400-HP. Airspeed was rated at 250-mph. Operational range was 1,500-miles with a ceiling of 15,000-feet. Armament was 4,000-lbs. of conventional munitions (Torpedo and Bomb). The “Guardian'' also could support up to (6) 5-inch Underwing mounted Rockets. 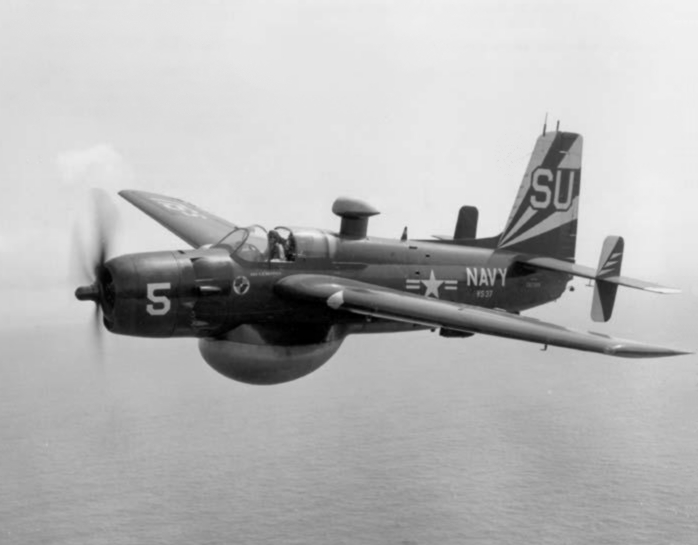