Ricetto-type defensive structures were seen in prominence in Italy in the mid to late Middle Ages. Basically, these were light to moderate Perimeter walls build around concentrations of civilian homes. They were not designed to be like the larger and better fortified City or Castle Walls. Ricetto's were built for civilians to have some measure of basic protection. Often they were built in sections (again where large concentrations of houses were found. Often only 2 to 4 feet thick, some version had Loopholes (for rifles). In rare cases, small cylindrical Defensive Towers were incorporated (more for Observation Platforms that defensive components). Examples of Ricetto Walls can be found outside of Italy as well. 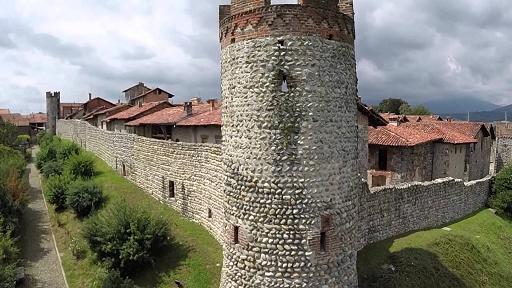