Project ''Gorgon'' (so named after the mythical Ancient Greek Titan), was a late World War II/early Cold War Era Missile Project developed by The US Military. The Program ran from 1943 to 1953. ''Gorgon'' was an ''Aerial Torpedo'' which was ''Rocket/Jet'' propelled. The Devices were planned for deployment from Bombers, with some later plans calling for Surface Ship development. Much of ''Gorgon'' was taken from German V-1 and V-2 technologies.

The Missiles (of which there were 10 variants), ranged in size and abilities. Ranging from 15 to 25-feet, they were stabilized by a semi-swept wing configuration (which too, varied). A Solid Fueled Rocket (single stage) was used to produce between 350 and 800-IBF of thrust) and additionally were rated at around 500-mph. Operational ranges were between 15 and 25-miles. ''Television'' guidance was used to monitor flight to target. As many as 45 different Models were tested, but none were ever deployed. However, The ''Gorgon'' Project would be used (integrated) into many other forthcoming Systems. 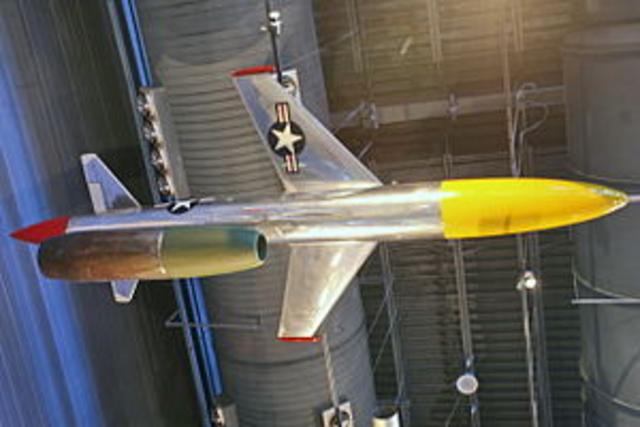