The first full-scale Test of a Thermonuclear Device by The United States was Code named ''Ivy Mike''. It occurred on November 1, 1952 in The Pacific Ocean (Enewetak Atoll). Detonated in Air, the 80-Ton Device released 10-MT of TNT with a 3-mile radius of effect. It took just 90-seconds for The Cloud to reach 55,000-feet. The blast crater was over 6,000-feet and was measured at 165-feet deep. Radioactive debris (Fallout), was detected as far away from The Blast as 35-miles.

The Test helped The USAF determine the need for a better form of shielding from blast effects or electro-magnetic pulse (EMP). This effect was not entirely understood in 1952, but a number of Jets and observation planes used for The Test, all experienced some form of electrical ''trouble'' from being what was deemed ''too close'' to the blast effects. Additionally, The Test yielded the discovery of several new Elements as a result of the detonation (Einsteinium and Fermium. The ''Ivy Mike'' Test would serve as the foundation for most future Atomic Tests conducted by The US Government during the early years of The Cold War. 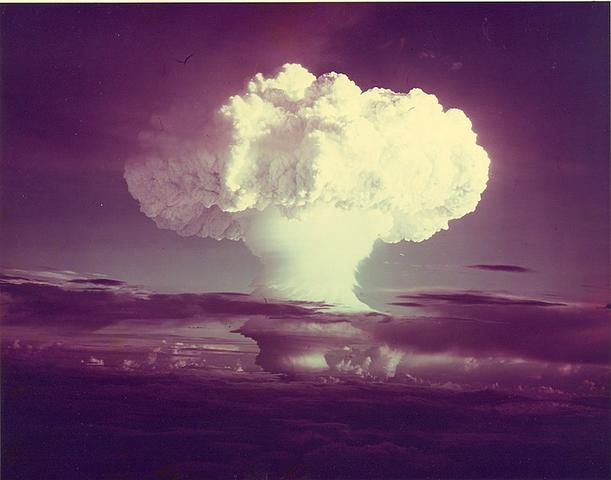