Prior to any real form of codified Chivalry, there was Noble Habitus. First seen as early as 1170 A.D. -it was the term for how one was expected to behave (regardless of class). Much of what was expected from young Noblemen was set down – first by word of mouth, then by Scribes. Obviously portions of it existed prior to the 11th Century (and was similar to many set standards by Ancient Greece and Rome). The Noble Habitus The establishment of The Noble Habitus as a form of military tool (with regards to how Knights governed themselves in combat), developed in 12th Century France. The very well known (and iconic) practice of The Joust (mounted Knight against mounted Knight), developed directly from Noble Habitus, as a form of actually showing “how” a Knight lived (and fought) with this Code. 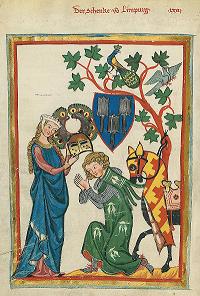