The term “King Cotton” was an economic and political phrase – coined by The American South both before and during The “War Between The States”. It identified the belief by The South that European Powers dependent on Southern Cotton for Cloth processing and manufacture. This was by and large – true in the 1840s and 1850s. The largest buyers were England and France. Both suffered from several blights in The Middle East and North Africa which caused them (and other Countries) – to rely on the plentiful Exports of Cotton from The American South. Dutifully, The South raised the cost and a certain percentage of Planters became even more wealthy. It was reported that the Southern Export profits for the 1850s were 200 Million (USD).

However, Southern “Greed” did not see that both England and France were stockpiling their supplies. This became apparent when The American Civil War began. The South (despite it’s bravado) – knew that it could not win a protracted War against a “industrial” North. It needed to be recognized as an independent Nation. With this would come Arms and military assistance.

However, England and France were not buying Cotton in 1861. Further, due to The South’s stance on Slavery, both England and France gave only “belligerent” Status to The South. This coupled with a new and healthier strain of Cotton seed from Egypt caused the term “King Cotton” , to become more derisive a term rather than the diplomatic “salvation” The American Confederacy had hoped it would be. 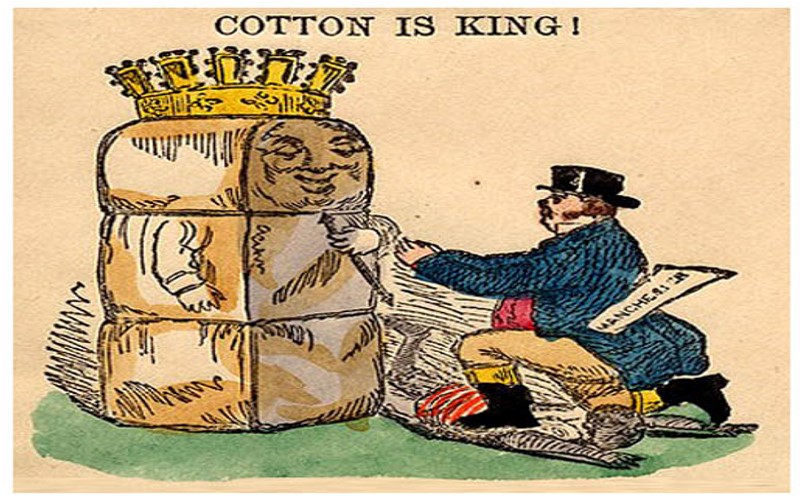