A Political and Military Title, a Hetman had slightly different meaning throughout Northern and Central Europe. Possibly derived from Russian Cossack influences, The Hetman was the 2nd highest Military Commander position under a Monarch (as Supreme Head). At their height of power in The Polish-Lithuanian Commonwealth of the 15th Century, The Hetman was noted for their distinctive Headgear, known as a “Hetman Hat”. These were a woolen medium Peaked Hat which featured a set of distinctive feathers related plumage. Only a Hetman was permitted to  wear one.

Additionally, Hetman carried a Ceremonial Wooden Mace/Club, as a symbol of Office. It was used very much as a Sceptre. The Hetman was orly related in power to The Voivide. The Hetman control so much power and Soldiers the many attempted coupes began, as some tried to wrest power from legitimate Monarchs. As such by the very end of the 18th Century, The Title of Herman was largely disbanded. 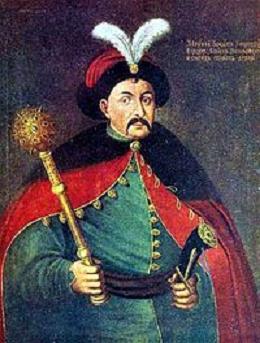