The German Panzerkampfwagen 35T was a widely used Light Infantry Support Tank used by German Forces during World War II. The Armored vehicle was however, not of German design – by by Czechoslovakian origins, for use by their Army. Nearly 500 were produced. When Czechoslovakia was occupied by Germany in 1939, German Forces adopted the Light Tank into their inventory. The popular and versatile fighting vehicle would remain in service well after The War, until 1954 – with many former Eastern Bloc Nations.

Weighing 10-tons, The 35T was 16-feet long with a width of 6-feet. Height was close to 7-feet. A dual tracked vehicle, it was powered by a single 4-cylinder, water cooled T11 gasoline engine. This could produce a maximum of 120-HP (with a max speed of 21-mph). The 35T had .098-inches of armor plating throughout. Crewed by (3), The vehicle supported win 7.92mm Machine Guns with some variants also carrying a 6-pound Cannon. 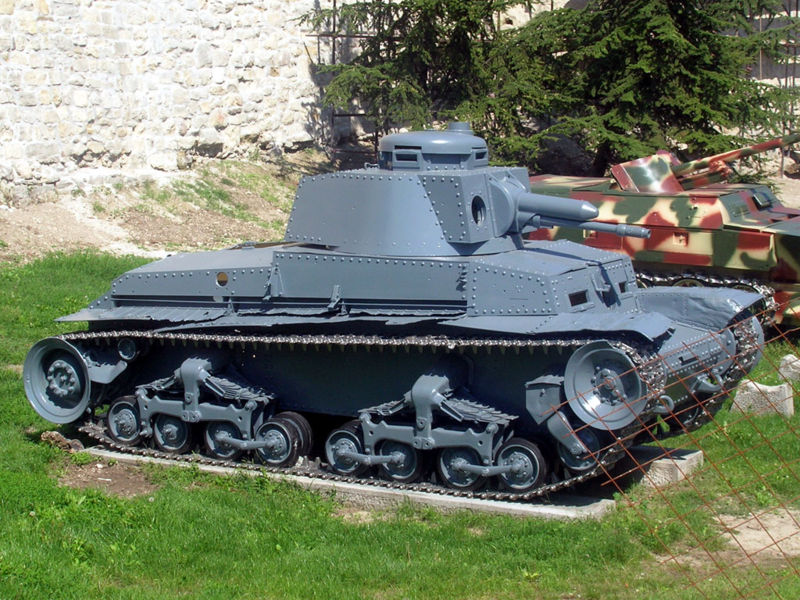