Another Irish Gunpowder Fort, Charles Fort is the larger of a 3 Fort defensive system built by British Occupations Forces in Ireland. Built in 1601, Charles Fort was named after King Charles II. Originally designed to be classified as a “Star Fort”, Charles Fort was given 6 foot thick defensive walls and Corner Bastions. Larger cannon were placed inside and it could garrison over 200 soldiers. The British occupied Charles Fort for over 200 years prior to turning it over to Irish Forces in 1921 (Anglo-Irish Treaty). It was burned and damaged by Loyalist Forces in 1922. It has since been partially restored. 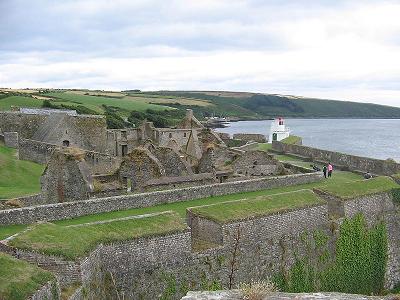