Formed in 1716, The British Royal Artillery Regiment (also known as The ''Gunners''), is one of the 13 Components of The British Army. They can trace their linage back to The Battle of Crecy during The Hundred Years War (1346), when England first deployed primitive Artillery on the battlefield. Their numbers were also originally small, with barely 200 Gunners.

By 1799, The Artillery Regiment was split into a Sapper and Engineer detachment, as Artillery was sadly ignored – favoring more emphasis into The Infantry. Most Units of Artillery were used for ceremonial purposes. It was not until The Napoleonic wars of the early 19th Century that The Artillery Regiment ''came into it's own''. For a period of time however, most ''Artillery Companies'' were made into ''Rocket Batteries'', making use of the new Congreve Rockets.

By the 1850s, The Artillery Regiments were modernized and used more traditionally as a major component of ground combat. Over 30,000 Officers and Men were eventually assigned with The Artillery. Many of these Units were stationed in British Colonies, such as The Middle East and India. They were also one of the few Regiments with a height requirement for recruits (5-foot, 8-inches). 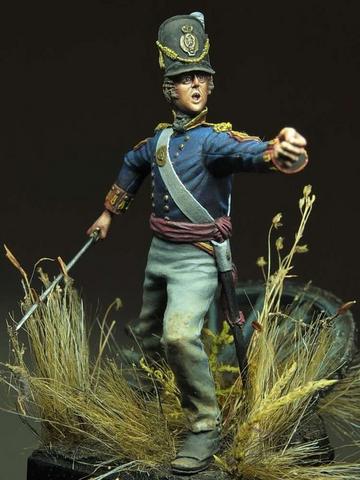