With production beginning in 1940, The Fairey Fulmar was a staple of The British Royal Navy, as an effective Aircraft Carrier Fighter and Light Bomber. It was The Fulmar Class of Fighters that helped track The German Battleship ''Bismarck'', leading to her eventual sinking in battle. The Fulmar maintained a high combat kill record during World War II. The Fighter was crewed by two and was 40-feet long. The wingspan was 47-feet, with ''folding'' capabilities for maximum storage at Sea. Powered by a single Rolls-Royce Merlin V-12 Inline, The Fulmar could achieve 272-mph. It had an operational ceiling of 27,000-feet and could range from Deck 10-miles. Armament was very effective with a total of (8) Wing mounted (4 per Wing), .303 Machine Guns. They could deploy up to 250-pounds of ordnance. Over 600 Fairey Fulmars were produced for the War effort. Only (1) fully restored Fighter still exists in The World. 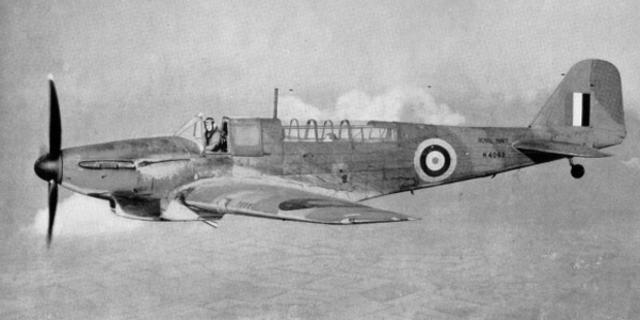