Formed in 1846 by Officers of The British Army assigned to Colonial India, The British Corps. of Guides was a Frontier Force. Tasked to protect and enforce Laws in India's Northwest Regions, The Guides consisted of Cavalry and Infantry components. Although all recruits were of The Muslim Faith, they were commanded by British Officers. The Corps. was also the first in The British Army to adopt the iconic ''Khaki'' (Tan) color for their uniforms. They saw much of their battle experience during The Sepoy Rebellion of 1857.

Their status as an Elite Force came from their orders to relieve The Siege of The City of Delhi. During the Muslim Holy Month of Ramadan, Muslim soldiers could not eat or drink (left alone work) during the daylight hours. As such, most marches took place at night. The Corps. marched 12-hours without rest to relieve the Siege. Of the 600 soldiers engaged, over 360 would fall as a result of their actions. Once India was split into The Dominion of India and the newly formed Dominion of Pakistan, The Guides were Garrisoned inside the new Nation of Pakistan. They would form the backbone of the later Pakistani Army of today. Their linage is still in existence as a Pakistani Frontier Force. 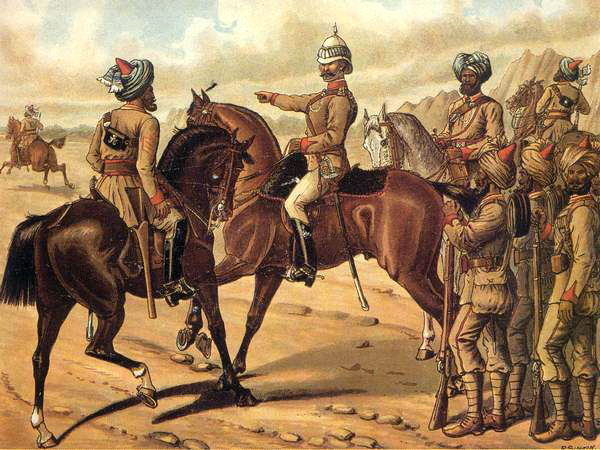