First introduced by The British Royal Air Force in 1942, The "Lancaster" was a superior Heavy Bomber, used during World War II. Over 7,600 were produced and the Model had 10 variants. Over 70-feet long, with a wingspan of 102-feet, The "Lancaster" Bomber had a 7-man crew. Propulsion was by 4 Rolls-Royce Merlin V8 (liquid cooled), Engines - each capable of 1,280 HP. The Bomber could achieve 282-mph and ranged 2,500-miles. The "Lancaster" had an operational ceiling of 13,000-feet. Heavily armed, a typical "Lancaster" carried 6 to 8 Browning .50 Cal. Machine Guns. They were placed in the Nose, Tail, Fusilage and Upper Turret. They were capable of carrying 14,000-pounds of munitions - but could be modified to carry up to 22,000-pounds.

The "Lancaster" was specifically designed for Daylight Precision and Nightime bombing of Germany. "Lancasters" carried some of the largest bombs used by The Royal Air Force during The War. They were also used extensively as Incendiary Platforms. One of their first operational missions was the destruction of Germany's Ruhr River Dam Systems, in what was known as "Operation: Chastise". A Squadron of Lancaster Bombers, carrying 9,000-pounds bombs destroyed their intended target. "Lancaster" Bombers remained in Service for many years after World War II, with the last operational Craft retired from Canada's Air Force in 1963. 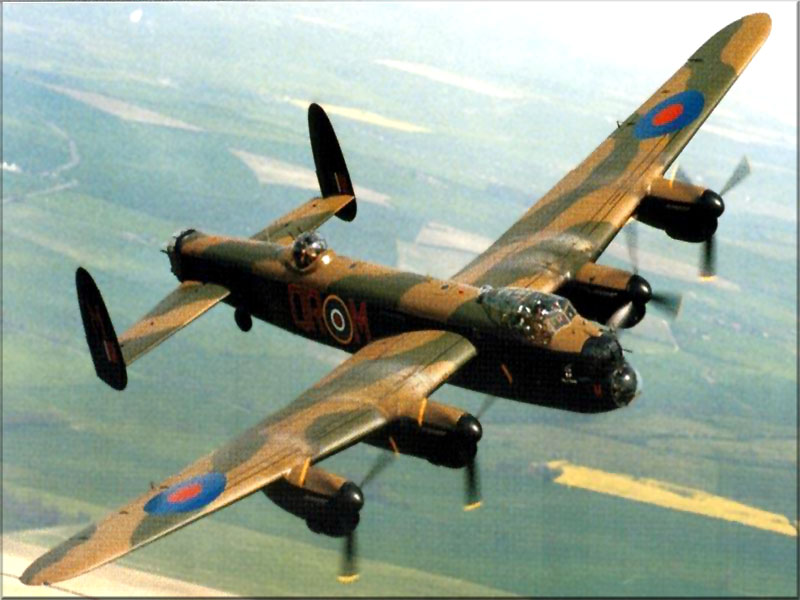