Traditionally, a Battle Ensign was used by Naval Forces engaging in Sea Warfare. These Flags were very much larger that most National Colors, and were meant to be seen by an Enemy. The Battle Ensign was normally flown on The Main Mast (Center). By the 18th Century, Battle Ensigns were the accepted manner of display for battle. Sizes varied by Country, but they were traditionally 25 to 35 feet in width and length. They were most always The National Colors of The Ship engaged. In some variations, special imagery was also applied, but this was rare with most European Countries. Defeat in battle required the tradition of lowering The Ships Battle Ensign or the term “Striking The Colors”. In The American Navy, the use of such Flags are called “Holiday Colors” and are normally flown only when entering a Port. 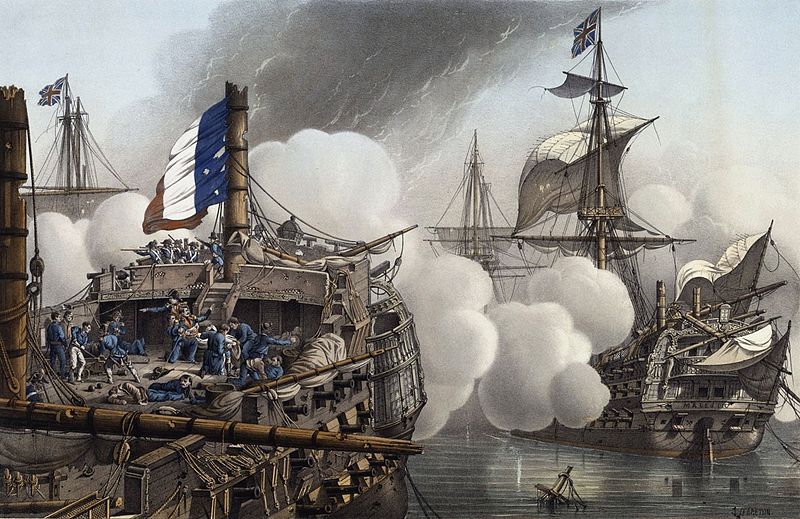