Lyndia Morel lived in Manchester, New Hampshire (US). It was November 3, 1973 at around 2:45 A.M. Ms Morel was returning home from work and driving on State Route 114. She had stopped at a local late night Supermarket for a snack on the way home. As she was getting back into the car after her purchase, she noted a strange Star in the night sky described as an unusual yellow color . Thinking nothing of it, Morel continued on her way (back on Route 114). Driving an average of 30 miles per hour, she noticed the Star was appearing to follow her . As she drove on for 10 minutes, she saw the Star go black . Morel was aware of what a UFO was and mused that she had just seen one . However, driving a bit further, a brilliant bright yellowish light suddenly appeared over the road and directly in front of her!. She stated that she almost ran into the Object and turned her car to the left to avoid it. Her car stopped working. Morel said the Object was perfectly Round and appeared to be honeycombed . She also noticed what appeared to be a window of sorts which opened up and began to beam out Red, Green and Blue lights (bright enough to light up the surrounding darkness). Morel was terrified.

Morel next related that she could see what appeared to be a Being inside the Craft (and visible through the window). Appearing humanoid, this Being simply watched her . Suddenly, Morel stated that she being to feel as if her memories were being drained . Enough was enough. Morel opened the door to her car and began to run through an adjacent field. She stated that she felt that something WAS following her - but she kept running and did not turn around. She came upon a small house and began to beat at the door. The Owner (and their dog), answered. Telling them her story , The Police were called. Thinking she had been drinking and driving , Morel was tested and found sober. Her car was found in the position she had claimed it had been left. No evidence was found. However, it should be noted of 3 other reports from the area of a strange Ball-like light WERE reported to The Police AT or AROUND the same time that night. (Made Up or Not ) 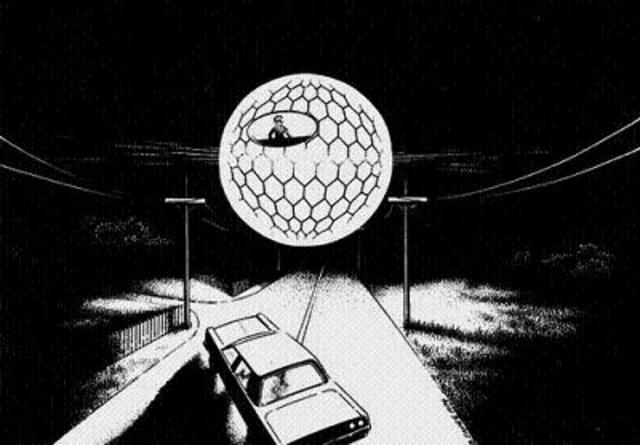