The term ''Inquisition'' as first used in the 9th Century AD (by William The Conqueror). Before it became well known as an abusive system of Torture and Punishment, the theory involved as a ''tool'' for rooting out Paganism and those so-called “Enemies” of The Church. Initially involving various Trials and religious punishments (such as Excommunication), The Inquisition soon became a political tool that The Church (and Royalty), used to rid themselves of potential problems to their Authority. Although The Church Power (The Pope), only extended as far as his Seat of Power (Rome), his doctrine was expected to be carried through by his Holy Roman Emperors (to their dislike or not). Often these policies cause large areas of unrest (in already economically taxed Regions). Whole Cities (in the early formation of The Inquisition), who riot against these new regulations on piety (and what could be done to one if they transgressed).

Although England was not as cruel as Spain was in their implementation, soon accepted (and often man-made devices and practices were created) – to inflict proper responses to “lines of questioning''. Torture as never seen before, became the norm. At one point, one's “guilt or innocence” was merely a pretense to their pending execution. An example of such excess and lack of control was seen in October of 1307- with the massive persecutions of ex-Templar Knights in France (and elsewhere). By the 17th Century, persons thought to be witches or warlocks (mostly just harmless herbalists or holistic healers), became the center of attention for the cruel and much feared Inquisition. With the rise of Protestantism (and it's subsequent division into many smaller religious sects), the need for these drastic methods of torture “in the Name of God”, had mostly stopped by the 18th Century. 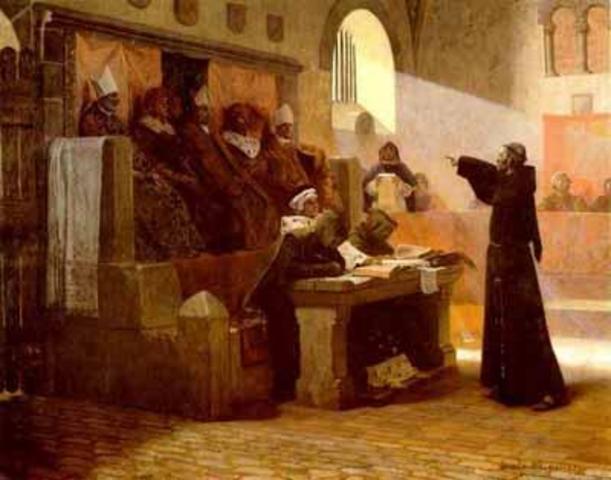