In a Tale that is both intriguing and sad at the same time -  a ''photograph'' was taken in the 1950s near Guatemala, South America. The picture showed a massive stone head, possibly dating back to 1,400- years old. The features of the face do not correspond to Mesoamerican Cultures at the time. In fact, the ancient carving, which seems to ‘’stare into the skies’’, is thought to resemble ‘’Caucasian’’ (European) features. This is improbable for the Era. Many speculated that The ‘’God’s Head’’, may be proof of possible ‘’Alien’’ Visitors. The Site was never properly investigated due to political issues until an attempt was made in the 1970s. The Site was found, but The ‘’Head’’ was rubble, destroyed by Rebels fighting against The Government. Only the photograph remains of what ‘’once was’’. No other archaeological evidence in the Region is similar. Some cite The Head is of Olmec origins, but this too is discounted. Olmec statuary heads (icons) are very dissimilar to the ‘’God Head’’. So much so that it may have been carved by an ‘’unknown peoples’’. 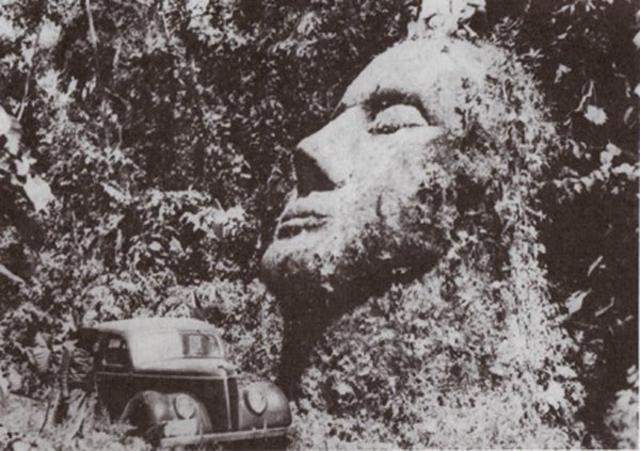