Taken on July 19, 1974 near Balcarces, Argentina Antonia Le Pere was driving down the road near Town. He was an avid photographer (so having a camera with him at all times was normal). While driving, Le Pere caught sometime out of the corner of his eye. He turned to see a silver, Spinning Object that was Disc-shaped. The Object was roughly 150 feet off the ground and was moving fast . Grabbing his camera, Le Pere snapped several action pictures of this strange Object. Giving copies of his photos to local News Agencies, Le Pere was branded a hoaxer . However, Le Pere took several polygraph examinations and passed. Further, his reputation in his Town is VERY credible. The photos have been reexamined using modern photographic equipment. They have been deemed genuine in terms of not being faked or made . (What Do You Think He Saw? ) 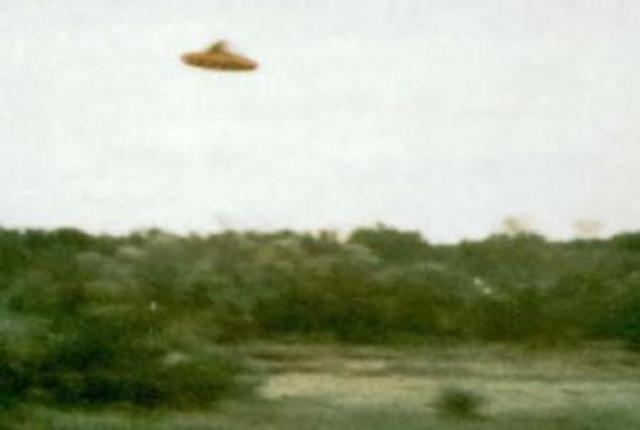