Discovered in 1971 in Moab, Utah (US), the apt named ‘’Moab Man’’ was found by Archaeologists at the bottom of a Mine Shaft. The skeletal remains were embedded into a rock strata which was dated to 140 Million years ago. The fossilized remains were said to be a form of ‘’proto-Human’’ that proved two ideologies. The first., that man did in fact exist ‘’with the Dinosaurs’’ (based on other saurian-like bones also found in the rock), but was second - far more advanced in terms of His evolution. Many heralded Moab Man as The ''Missing Link''.  After 10 years of research, the skeletal remains were determined to be (by some), to be the bones of a Native American, perhaps 500 years old. Either placed there (as part of a burial ritual) or having fallen into The Mine, Moab Man was declared no ‘’Missing Link’’. However, some ‘’Creationist’’ believers say that the facts were forged. Moab Man is now privately owned and on display in a private Museum dedicated to other ‘’unusual and unexplainable’’ Artifacts. 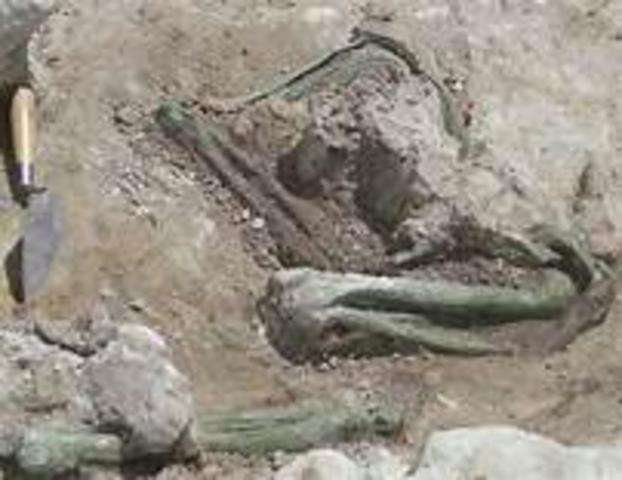