Much debate surrounds the origins of what is known as ‘’Cochranism’’. Created in the 1950s in England (around the time of the repeal of the long standing ‘’Witchcraft Act of 1735’’), by Robert Cochran. Compared to a form of American Mormonism which was merged with Neo-Pagan ‘’Witchcraft’’, Followers (if any exist still) – are called ‘’Cochranites’’.  Cochran called His Sect ‘’The Tribe of Tubal-Cain’’. Upon His death in 1966, The Cochranites adopted a form of Neo-Germanic Paganism which believed in ‘’Elder Gods’’ that pre-dated any other Religions. The Clans (Covens) ‘’wear’’ White Robes and had yearly Rituals similar called ‘’Great Sabbats’’. 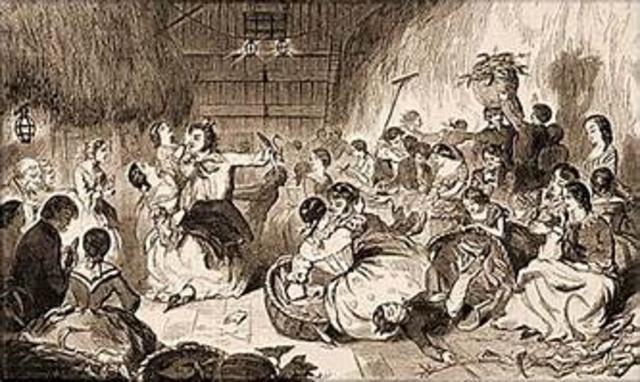