Located in Tisbury, England – Wardour Castle was built possibly in the 11th Century. Documented in 1385, it was basically a fortified Manor House. Originally featuring a Squared wall design, Wardour may have had up to 4 Turret Defence Towers and a Dry Moat (with Guardhouse). The central Manor House was designed to appear as a Keep. Supporting Yorkist interests during The War of The Roses, the Castle was lost to Lancastrian control. In 1643, the Castle Owners were Royalist supporters. It is possible that a 400 man garrison may have been held their. Parliamentarian Forces (1,300) laid siege to Wardour Castle. Rather than surrender, most of it was blown up.

In the 18th Century, (with most of Wardour completely gone), a new Family slowly began to renovate the Manor House to it's former glory. The Castle is in private ownership currently. Wardour is somewhat famous as having been used in the 1991 film “Robin Hood, Prince of Thieves”. 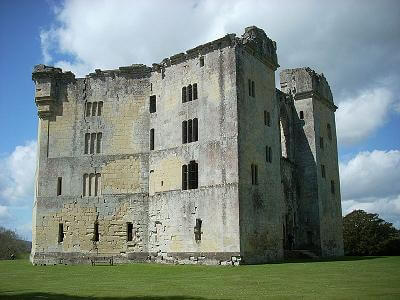