The USS ''Augusta'' (named for The US City of Augusta, Georgia) was one of (6) ''Northampton''-Class Cruisers, commissioned in the late 1920s, by The US Navy. They were part of The ''Washington Naval Treaty''. The ''Augusta'' was originally part of The Caribbean Squadron (1930s) and was stations at Cuba for several years. She would later be deployed with The US ''Asiatic Fleet'' and was part of The US Policy of ''showing The Colors'' when The Imperial Japanese Navy was attempting to establish it's ''Greater East Asian Co-Prosperity Sphere'' philosophy. The ''Augusta'' was also one commanded by then Captain Chester Nimitz (later US Naval Hero of The Pacific Theater during World War II).

Later re-deployed with The Atlantic Squadron, ''Augusta'' would remain posted with this Fleet until The Japanese Attack at Pearl Harbor (Hawaii), 1941. She would be deployed with a Carrier Task Force Group operating in support of Allied Forces, participating in several key early Naval engagements against Germany. During The Normandy Invasion (1944), key Allied Commanders ''watched'' The Invasion from Her Decks. Allied Supreme Commander General Dwight Eisenhower and England's King George VI also graced Her Decks. From 1944 until the end of The War, ''Augusta'' served at Transport Escort to The European Theater. Conversely, many hundreds of US Servicemen got their ''trip home'' to America aboard The ''Augusta''. 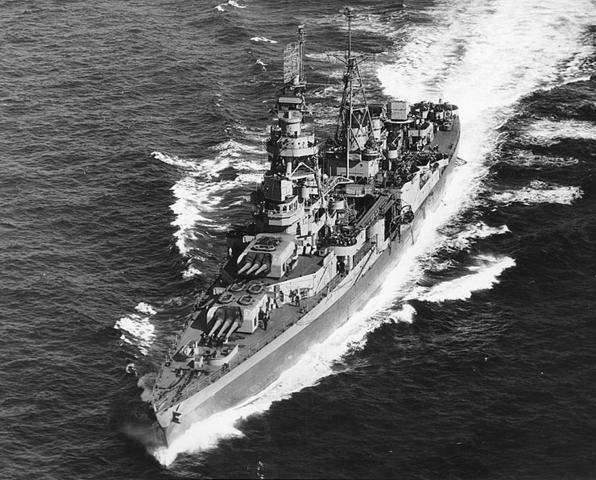