North American's NA-64 ''Yale'' Aircraft, was a Training Plane used by The French Military prior to the start of World War II. It was first introduced in 1940. Variants were also used by The Commonwealth of Canada, with later captured versions also used by Germany's Luftwaffe. It was a reliable and robust Prop driven Training Plane. A Primary Trainer, The ''Yale'' also served to train German Bombers (briefly). Over 200 Models were produced by North American.

Flown by (1) Instructor and Cadet, The NA-64 was 30-feet in length with a wingspan of 40-feet. Power came from a Single Hamilton Standard Radial Engine, capable of 420-HP. Airspeed was rated at 165-mph. Operational ceiling was 17.500-feet with a Mission Range of 475-miles. Many survivor can be found in Museums throughout The World, with some Models still flying. 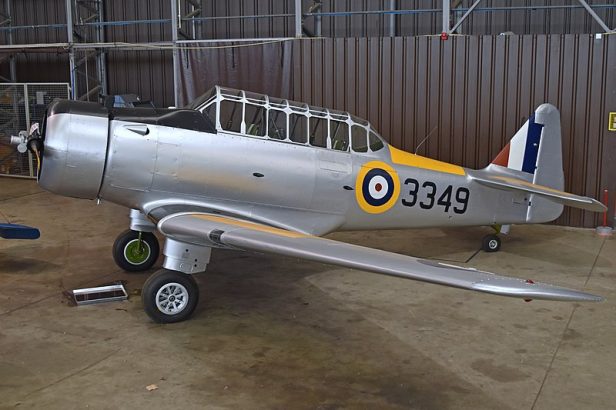