Over 300 of Grumman's G-21 ''Goose'' Transports were built for US Military service during World War II. An effective and reliable aircraft, The ''Goose'' was classed as an ''amphibian'' or ''Flying Boat''. The Class of Transport was the primary Recon Craft of The US Coast Guard during The War. The G-21 was also deployed by several US Allies for transport of material. The Model design was so effective, that Civilian versions of The ''Goose'', are still produced.

Crewed by (3), The G-21 is 40-feet long with a wingspan of 50-feet. Power was provided by Twin Pratt & Whitney Wasp 9-cylinder Engines, which produced 450-HP per Unit. Airspeed was rated to 200-mph, with an operational ceiling of 21,000-feet. Typically, 500-miles was seen as it's Mission Operational range. Although not designed to be a Defensive ''Fighter'', Coast Guard Units would often use modified Versions which supported deployment of either Depth or Contact Bombs. 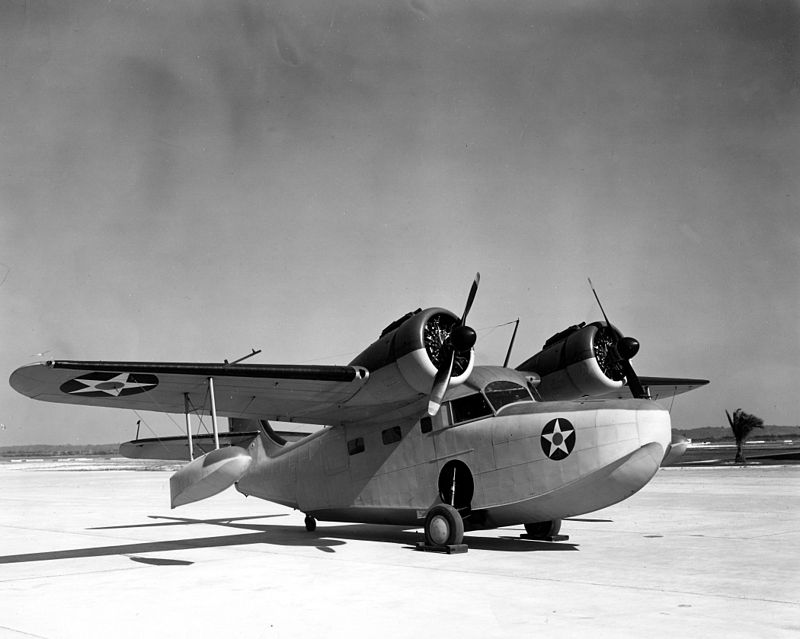