Once seen as the backbone of The US Air Force’s Intercept Squadrons against Soviet Bombers, The Convair F-102 or “Delta Dagger” (so named for it’s wing configuration) -  was actively used by The US Navy and US Air Force. In addition to ground launched, The Dagger was also adapted to Carrier launched operations. Originally, The Dagger was not conceived as a super-sonic fighter until it was redesigned in the mid-1950s. An early Fighter in American involvement in Southeast Asia, The Dagger was crewed by (1). It was 70-feet in length with a wingspan of 40-feet. It was powered by a single Turbo-jet Pratt & Whitney Engine was  capable of speeds to exceed 825-mph. The F=102 had an operational ceiling of 53,000-feet.

The Dagger carried both Air-To-Air and  Air-To-Surface Rockets and Missiles. In deployment it could carry (24) Rockets and (9) AIM Falcon Missiles. The Dagger was never nuclear capable. An ideal fast attack aircraft for intercepting Soviet Medium and Long-Range Bombers, The F-102 would be eventually replaced with The F-104 Phantom, but would still be in inventory until 1979. Most were sold to Foreign Allies and were known to still operate until the mid-1980s. 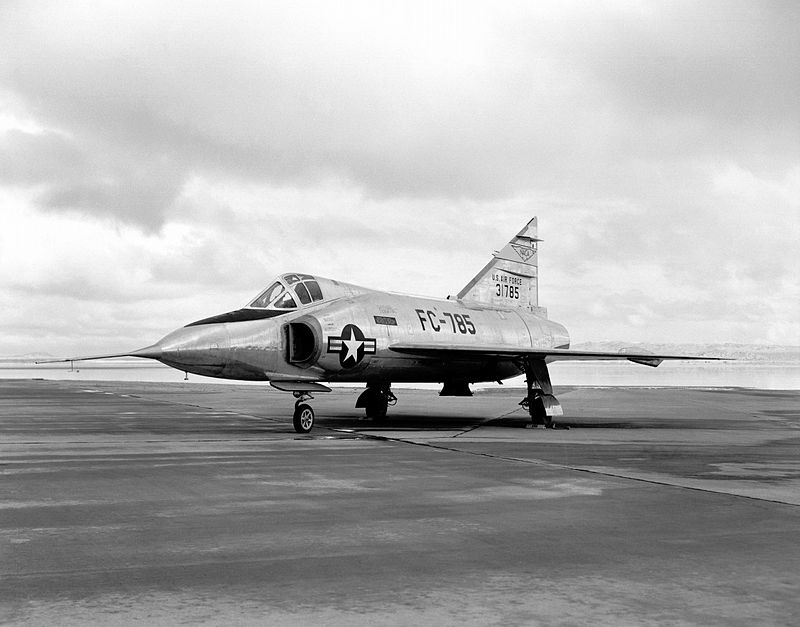