Part of The American Cold War “I'm-99 Weapons Systems”, The CIM-10 “Bomarc” was a super-sonic, long-range Surface To Air Missile, first introduced in 1959. The CIM-10 was a Launch Tube (underground), fixed launch Device. It could achieve Mach 2.5 and had a maximum altitude of 250-miles. Ground guided, Radar Targeting was used for target homing. CIM-10s were configured at (16) Sites throughout The United States. Each Site provided (1) “Bomarc” each. The Missiles were designed to engage Enemy ICBM attacks. Although originally tasked for long range Enemy Bomber attacks, they were not all successful in Tests against Missiles. “Bomarc” Missiles nonetheless were deployed later in great numbers throughout Canada and Alaska. Although replaced by other more powerful and loner ranged Weapon Systems, The CIM-10 would remain in used until 1977. Most were destroyed, with very few surviving in Museums. 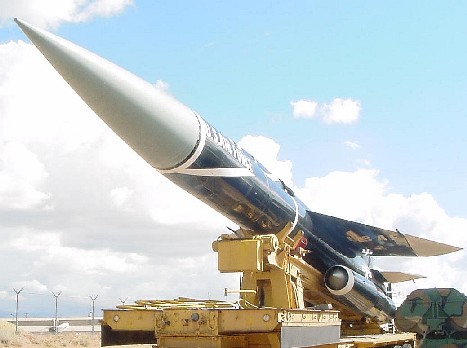