The “Mora” was the “”Flagship” of William The Conqueror, used to lead his Fleet during The Invasion of England. Over 700 ships participated in this early Middle Ages engagement. This ships were both Human (Oar) and Wind Powered. Low Drafted vessels, the average ship was around 75 to 100 feet long. Wider than most ships of the Era, these ships were specially designed this way to accommodate the massive amounts of soldiers, horses and equipment that William needed. It is documented that The “Mora” was identified from the ships by a square white banner, with a blue border. A golden Cross was superimposed over this. Most documentation regarding William's Flagship and his Fleet is taken from the images on The Bayeux Tapestry ans The Anglo-Saxon Chronicles. 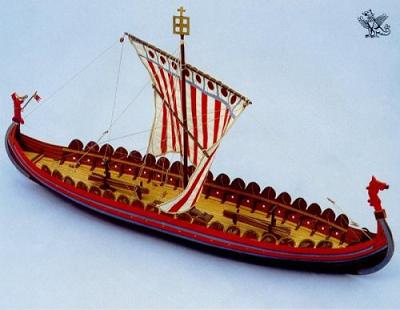