This early 19th Century Warship was built by The Ottoman Empire (in Constantinople) and launched in 1829. She was a 3 Masted, 3 Decked vessel which carried around 128 cannon. The “Mahmudiye” was nearly 250 feet long and stood almost 70 feet high (beam). Records are somewhat sketchy, but it though she displaced around 1,000-tons. She fought at The Siege of Sevastopol during The Crimean War of the mid-1850s. When the advent of steam propulsion became available, The “Madmudiye” was considered for conversion. However her size and the cost of renovating her made such a task unfeasible. She was decommissioned and broken up in 1874. 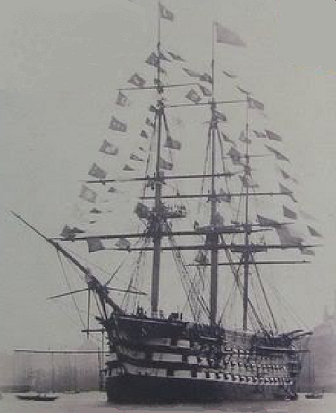