The ''Champion of The Seas''

]The “Champion of The Seas” was the second largest Clipper-type ship ever built. Known historically for completing a record 465-nautical miles in 24-hours, her record would stand for an impressive 130 years. Originally built and registered in The United States in 1854, she was sold to the famous “Black Ball Line” (a well known and traveled Shipping route through The Atlantic Ocean). Operating out of Liverpool, England for the remainder of her service, “Champion of The Seas” was over 230 feet long. She was massive at 2,500 tons (displaced). It took almost 7,000 yards of canvas sail to propel her. She was even “reviewed” by Queen Victoria in 1857. Chartered by The Royal Navy, “Champion of The Seas” was tasked with transporting some 1,000 British soldiers to assist in The Sepoy Mutiny (India). She developed a severe leak in her hull in 1877, and was abandoned to sink. 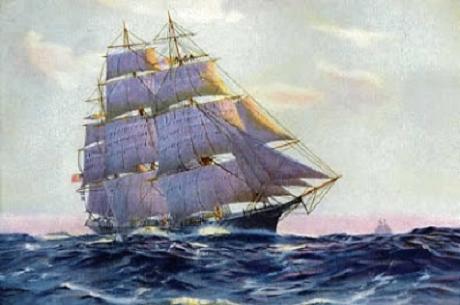