The Assyrian Empire was a long ranging Ancient Culture that was dominant in the Upper Middle East. It stretched from The Black Sea (in the extreme North) to The Mediterranean Sea (in The West) – to as far South as The Persian Sea and The Red Sea. Broken into 3 distinct Periods (Old, Middle and Neo), they developed from 1,750 B.C. - to 605 B.C. Well organized, The Assyrians were at constant war. Their military was well trained and very effective. Incorporating much of their enemies (and vanquished) foes equipment and tactics, their eventual downfall came about finally through contested Royal succession and united “weaker” Nations – which formed more cohesive Armies against them. The following series of Articles will outline the weapons and tactics of The Assyrian Empire. 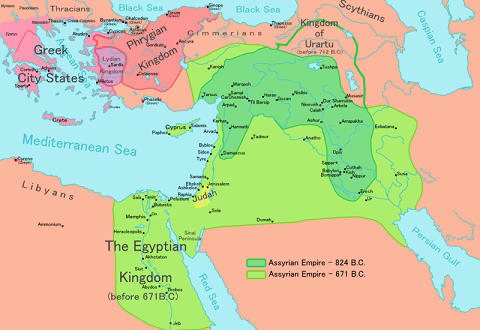