Built in the 12th Century on the site of an unknown earlier fortress, Spis Castle is considered on of the largest fortifications in Europe. Located in The Kosice Region of Slovakia, it was the cultural and political center of The Kingdom of Hungary. Originally a wooden structure, stone replacement of it's interior walls and a two-story Romanesque Palace was constructed in the 13th Century. A Chapel was added in 1470. Completely renovated in the 15th Century, the Outer Bailey walls were added and refortified.

Spis Castle was not involved in any military campaigns. In 1780, a mysterious fire burned down much of the interior structures. It has been speculated that the cause of the fire was either a lighting strike or - an explosion of a home-made illegal alcohol still! Another theory was that the Owners no longer wished to pay property taxes on the no ancient structure. Since that time however, Spis was rebuild and reconditioned many times. The Castle is open to the Public. 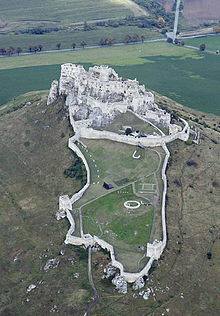 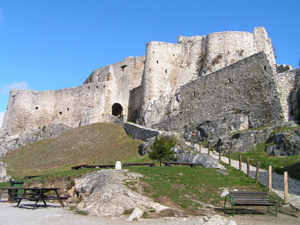