The term ''Sans-Culottes'' was a 18th Century AD French Term, used by The French Aristocracy to identity the ''Common'' and radical French Citizenry. Born during The French Revolution of the 1780s, it was a reference to the cheaply made cloth trousers worn by Men. Unlike the fine silk pantaloons worn by Nobility and The Upper Class, such clothing was often patched or sewn (repaired) poorly. The Sans-Culottes would become a type of ''Badge of Honor'' among The Revolutionary agitators who would eventually overthrow The Monarchy of France. 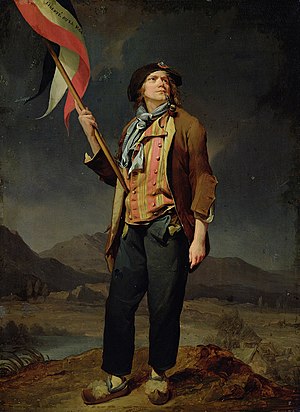