The “Slava” was deployed to The Battle of The Gulf of Riga during World War I against The Imperial German Navy. Taking heavy fire from several Heavy German Cruisers, “Slava” (damaged) remained fighting and did not retreat. Repaired, “Slava” would participate in The Battle of Moon Sound (Baltic Sea). The Russian Fleet engaged The Germans, with “Slava” taking a full salvo which ripped her Hull. Remaining afloat long enough to evacuate her surviving Crew, “Slava” was deemed too badly damaged for repair and was sunk by Russian Cruisers. 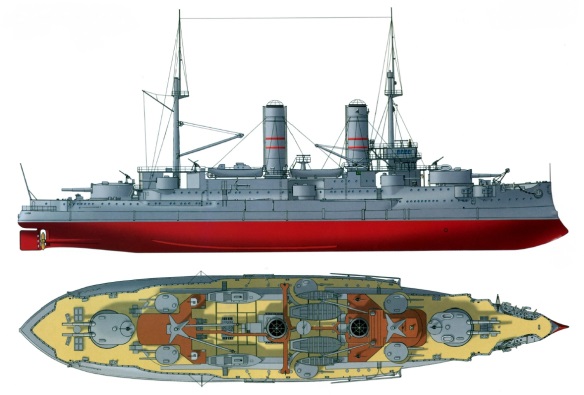