Invented in the 5th Century B,C, - this weapon was an early siege type device. Designed to be a repeating crew served weapons, The Polybolos was capable of firing multiple large wooded or iron arrows at a target (at distance). Operated by a series of gears and chain, the mechanism chambered the bolt or arrow into the firing chamber. It operated on tension driven sinews (similar to a Medieval Ages Catapult). It also incorporated the Crossbow-design which would eventually be converted into the hand-held weapons seen again in The Middle Ages. The weapon was also adopted later by Rome as “The Scorpion”. 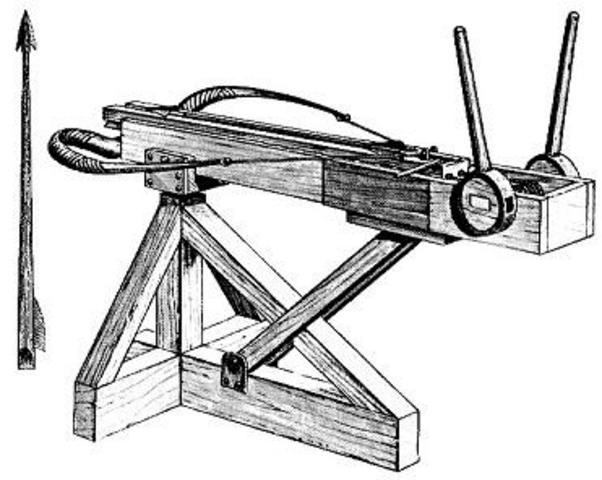