The FB Vis was a 7.65mm Automatic Pistol designed and produced in Poland in 1935. Based on design patterns developed by The American Colt Firearms Company's Model 1911 .45 Caliber Pistol, The Polish version was issued to The Polish Army. After German Occupation in 1939, The FB Vis was considered a valuable ''prize'' to German Soldiers. It was a popular personal sidearm often carried by German Airborne Forces for it's ease of use (and reloading). Weighing 2-pounds, The Vis fired (8) 7.65mm rounds loaded automatically via a handle ammunition spring loaded, clip. The firearm had a 300-meter effective range. Most notably, The Vis (unlike other handguns of it's time), could surpass it's 6,000 round barrel limit, making replacement much easier with regards to locating parts. The Polish Vis Pistol was a popular firearm used during The Warsaw Uprising against German Occupation. 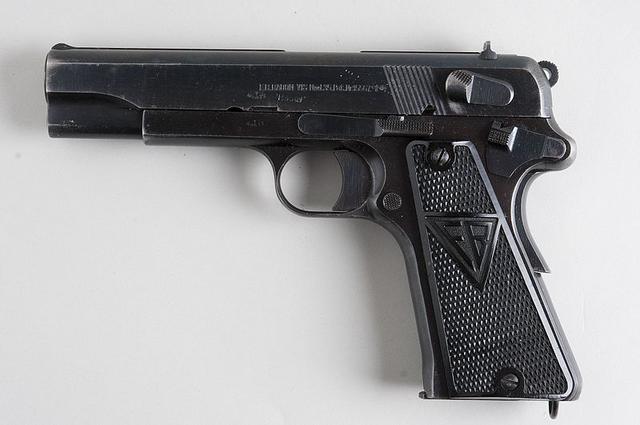