Perhaps the oldest ''Monuments'' of American History – The ''Pillar of Liberty'' was erected in 1766 in Dedham, Massachusetts. This stone Base and elevated top was placed in ''response'' to the British Crown's imposition of the infamous ''Stamp Act'' against The American Colonies. A Bust of William Pitt was also placed on The Pillar. The Monument would serve as rallying point and helped grow the resentment against British Rule in Massachusetts – which would help spur Revolution 9 years later. The Bust, which disappeared in the 1820s – was repaired and renovated many times over the Centuries. It is still a well visited spot which stands for early Colonial American resistance. 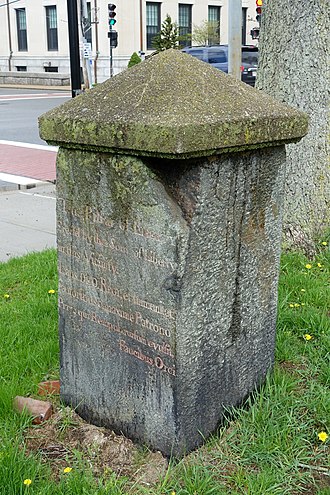