The Argbed were a form of Military Commander or Leader – which were tasked with Military control over Fortifications or Castles. The Class originated at fist with The Parthian Empire of the 2nd Century AD. Under The Neo-Persians of The Sasanids, they would continue well into the 7th Century AD. The Argbed were appointed by The Emperor, taken from His most trusted Military Field Commanders. As such, they were often granted sweeping powers of Authority (much as The Emperor himself). The Argbed was to not only maintain his Charge (Castle), but expand it and keep it's Garrison well supplied and loyal.

Surrounding Villages developed around these Fortifications, and were mainly allowed to maintain services to The Argbed and Garrison. This may be food and merchandise supply. Many Towns and Villages today in Iran and The Middle East were once support systems to Argbed Castles. Later in Sasanid Culture, Military Leadership and experience was not as important to an Emperor as the installment of Noble Families who could be political allies. The position would pass from Military skill to political ''savy''. The Argbed would be comparable to The Spanish Castellians of the 15th Century AD. 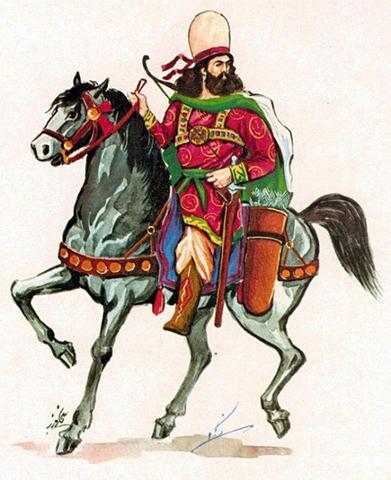