The term ''Perestroika'' was a late Cold War Era Political ideology advanced by then Soviet General Secretary Mikhail Gorbachev in the 1980s. The term (which was associated with ''Glasnost''), was used to end the repressive Government Control of Russian economics and industry enacted in the 1920s thru 1960s (not only in The Soviet Union, but it's Member ''Nations''). A gradual easing of total percentage requirements and more freedom in Workers being allowed to ''keep'' Revenues, Perestroika was viewed as (by ''Hardliners'') as being a ''surrender of Ideas'' (The West), by Gorbachev. The Concept would remain a ''new'' innovation until 1991 and the fall of The Soviet Union and it's Satellite States. 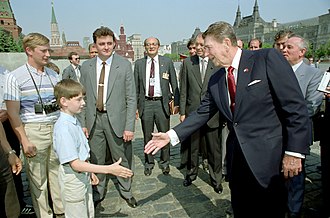