Captain Boelcke was Imperial Germany's first Flying Ace in World War I. The mentor to Germany's legendary Flyer Manfred Von Richthofen, Boelcke also developed many of the “Air War” tactics Germany would employ during The War. His primary tactic was “formation flying” - proving that multiple fighters flight in unison had a better chance than single Pilot combat. He won the coveted Pour le Merite (or “Blue Max”) Medal. He also earned 2 Iron Crosses and multiple other Air awards. He was credited with 18 confirmed kills. He was shot down at 25 in 1916. 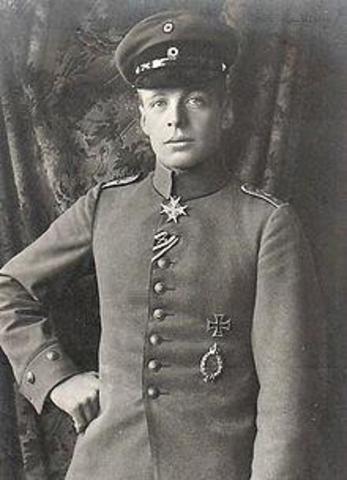