The US Defense Department’s Code named ‘’Castle Union’’ Test, was one of the first successful Atomic weapons tests which yielded America’s first ‘’true’’ thermonuclear device. The Test was undertaken in The South Pacific on The Bikini Atoll Island Chain, in 1954. Detonated atmospherically, a Mark 14 Nuclear Device (which yielded 6.8 Mega-Tons), created a 3,000-foot deep crater. The fission method was enriched uranium which created an unexpected high yield of fallout. This had long ranging effects on the surrounding eco-system, still felt even today. Due to the classified high expense of producing The Mark 14 Device, a limited number were produced and deployed in The US Nuclear Arsenal. Most were removed towards the end of the 1960s. 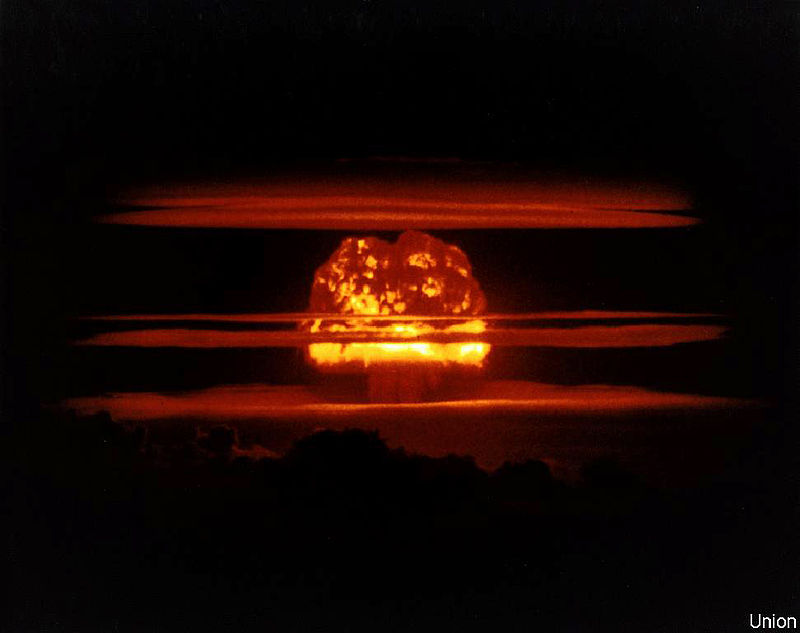