Located in Saxony (Germany), Nikolai Tower was a Defensive Structure built around 1250 AD as part of the protective structure of The City of Gorlitz. 100-feet in height, Nikolai Tower was of The Round Tower Classification. It was completely enclosed (via a Domed Roof). Garrisoned by 30-soldiers, The Tower was placed overlooking (originally) a supportive Moat around The City. Access into The Tower was only made thru The Defensive Wall Perimeter (of which The Tower was part). Eventually a bridge was built, but this was removed in the mid-19th Century. It was still used as an Observation Post until it was closed off in the late 19th Century. 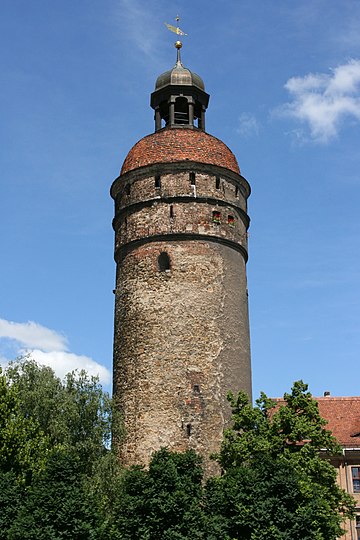