The ''London Theater Closure of 1642'', was an attempt by The English Parliament (still under control by King Charles I), to suppress all forms of ''entertainment'' which was enjoyed by the random Public. In short, all Theaters and such performances were banned. This was in response to The 1st English Civil War, which sought to remove The Monarchy and establish a Commonwealth Government. It was widely thought by ''Royalists'' – that Plays could be used to spread ''Commonwealth Propaganda'' to the General Public and create disfavor. The Closure Act would continue (officially) until 1648. The Act, while seen as effective by Parliament, did in fact do what they hoped it would not – stir sentiments against an ''oppressive'' Crown. 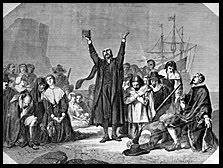