These Staff Forks were designed to have a slow match applied to one end – so as to give a cannon gunner some level of safety when igniting his gun. The slow match was applied to the side extension bars (via a small clamp) or simply wrapped around the bar. The front end of The Linstock featured a Spear tip, so the gunner might have some form of self-defense weapon. Later versions of The Linstock also featured an artillerist protractor to allow a gunner to take accurate elevation measurements. Seen around the end of the 16th Century, Linstock's ceased to be used by the early 18th Century with the advent of better cannon and somewhat safer ignition systems. 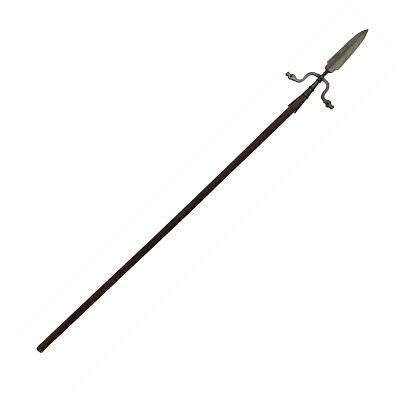