The term ''Iron Curtain'' was a Cold War Era term which was applied to ''mark'' the supposed physical boundary of Soviet Russian influence (to include it's Allies). This ''Line of Demarcation'' (similar to a Demilitarized Zone), was seen to include – Poland, East Germany, Czechoslovakia, Hungary, Romania, Bulgaria and Romania (later to include many other ''Eastern Block'' Countries). And while seen as an ''imaginary line'' some points of The ''Curtain'' was an actual boundary of stone walls and barbed wire. Portrayed in Western Art and Literature as being an ''oppressive and repressive State'', The ''Iron Curtain'' would remain ''installed'' until then eventual fall of Communism in 1992. 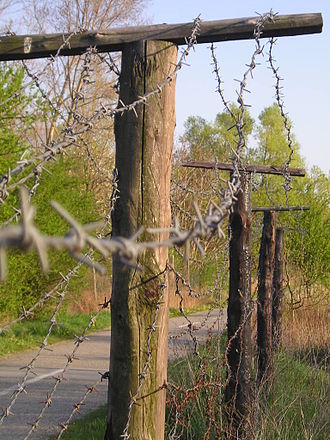