Development of these structures began around the 11th  Century (and were common throughout Europe).Basically, a Hillside Castle structure was built on a hill above ground level (but not surpassing the particular summit or top of the geographical highlight). In theory, a Hillside Castle would afford observation and defensive measures to the ground (below) and to it's flanks. More than often, a strong Curtain Wall or Defensive Perimeter Wall was added. Made of regional stone and rock (often from the surrounding hill or mountain) was procured. Problems with natural water sources (wells) were remedied by human or animal transport. Another obvious problem with defense was an enemies ability to circumnavigate the Hillside and attack (or breach) from above. Many examples of Hillside Castles still exist in good condition in Germany and surrounding Nations. 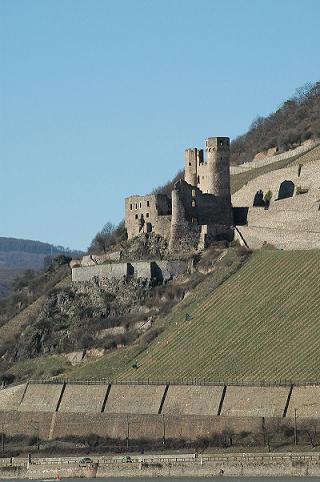