The Grab (or Gurab, Regionally) - was a popular 18th Century Class of Pirate vessel. Used off the Coast of India (Bombay) and later on The Mediterranean Sea. Their design was similar with respects to the European Galley, but much smaller.
Ranging between 150 to 500 tons displaced, sizes varied. Grab's also used either a twin or triple Mast configuration and used various European style sail riggings. A typical Grab featured 6 to 9 cannon fixed to the Main Deck in a Broadsider pattern. They were shallow draft vessels that served well in their use among Coastal Inlets ( for hiding ). 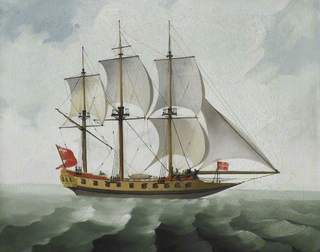