Created for The German Army in World War II, The Infantry Assault Badge (1939-1945) was awarded to those Soldiers who had participated in a minimum of (3) separate assaults against an Enemy. Initially Bronze, a Silver Version was issued for ''leadership and heroism'' while engaging in such combat. The Device (worn on the Left pocket of the uniform), was Oval in design (consisting of a joined Wreath. Atop, was The German Eagle and Swastika. An Infantry Rifle was placed (angled) over the front of The Wreath. The Assault Badge was discontinued for wear after The War. 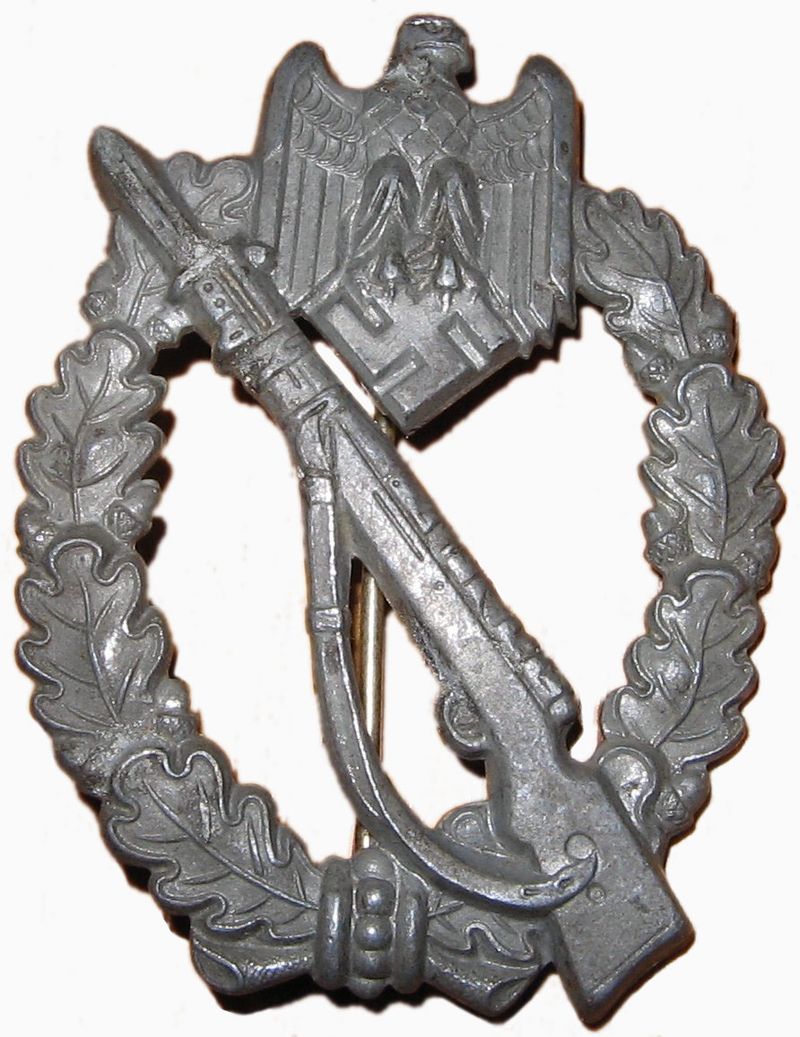