The German Built Aviatik B.II was a French copied Reconnaissance Aircraft used by The German Imperial Flying Service (''Luftstreitkrafte''). They were introduced in 1914 and were mainly deployed as Recon and Observation Planes. (7) variations were developed until the Class was decommissioned in 1916. The B.II also holds the distinction for being the first German Aircraft shot down in The War by French Forces. The B.II was also used by most Imperial German Allies.

Crewed by (2), The B.II was 27-feet long with a Bi-wingspan of 46-feet. They were powered by (1) Mercedes 6-cylinder Incline Engine, capable of producing 104-HP. Airspeed was rated at 60-mph with an operational ceiling of 3,000-feet. They could range 500-miles. They typically did not carry offensive/defensive armament. 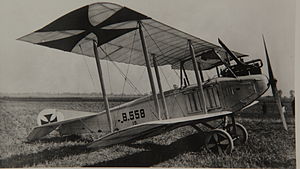