One of the primary heavy Field Howitzers deployed by The Imperial German Army, The FH23 was developed in 1914, with production continuing through 1945. It was a highly reliable and effective field piece. Variants using a short and long barrel system were made. Nicknamed “The Nine Point Fives”, The FH 23 weighed close to 5,000 pounds and were 9 feet long. A “long” barrel version was around 6 feet long (with the “short” closer to 4 feet). The FH 23 fired a high explosive round weighing 90 pounds to an effective range of 9,500 yards. The weapon could be served with as many as 4 (but 2 were the norm). Over 3,500 were produced during World War I. 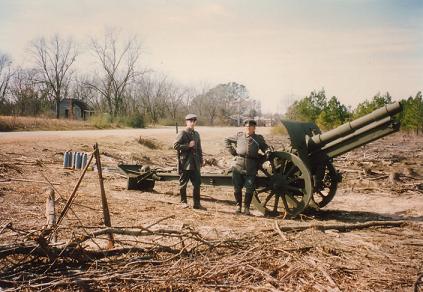